In accordance with Article 15 of the Constitution, notice is hereby given that the 17th Ordinary General Assembly of the European Sailing Federation, will take place at The Hotel Roc Blanc, in Les Escaldes, Principality of Andorra, over the weekend of 29th & 30th March, 2014.

Details of the business of both meetings will be published, as required by the constitution, not less than 30 days prior to the meeting.

Any Member National Authority, in good standing with EUROSAF, may, not less than 60 days in advance of the meeting, propose matters for discussion at the General Assembly. Such proposals and submissions should be sent, in writing, to the Secretary General, at the email address below, to arrive no later than Friday 31st January, 2014.

As in previous years, the General Assembly will be organised alongside a seminar, or workshops, the topics for which will be finalised by the Executive at their meeting on 8th & 9th February. Input on topics of interest from members is welcome and should be received prior to 1 st February, 2014.

A delegate and observer registration form will be issued in due course, along with information on how to make reservations with the hotel. 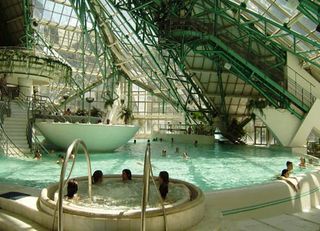