The second edition of the L30 Class European Championships took place at the beginning of September on Lake Garda. The Host Club, Circolo Vela Gargnano, made it possible to sail nine races in three days. Teams from Germany, Belgium, Hungary, Great Britain, and Ukraine raced for EUROSAF medals and championship titles. Gold was won by team “Sharifa” from Germany. 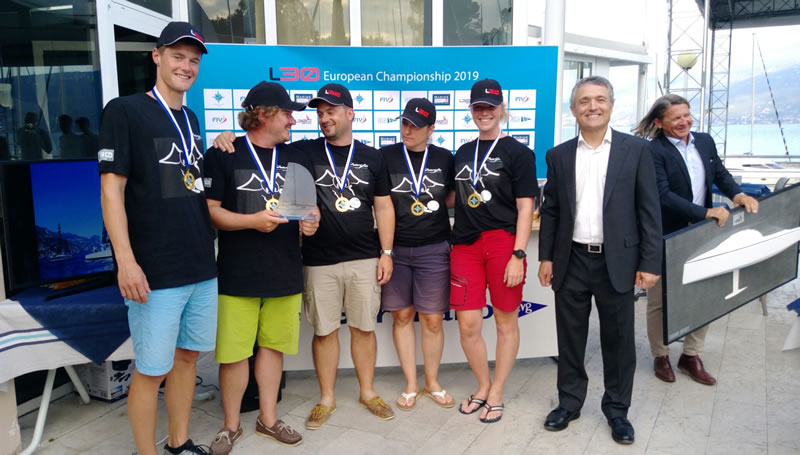 The next highlight for this young class is right away: the first ever continental championship in the new Olympic discipline EUROSAF Mixed Offshore European Championship will be sailed from Venice to Trieste, starting on 8 October.